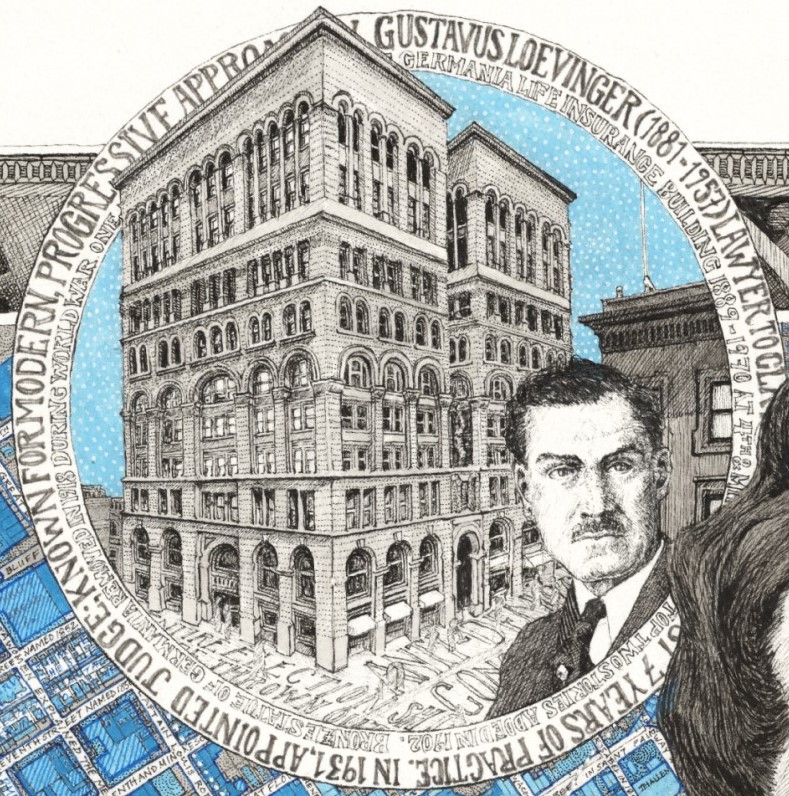 In 1914, Clara Eva Hardenbrook’s attorney was Gustavus Loevinger, an attorney then officing from the Germania Life Insurance Building. He had been practicing since 1907 and had tried a few small cases, but nothing as head-line grabbing as Clara’s suit against the City of Saint Paul. The suit argued that because Clara had been denied the vote, the city’s entire election should be deemed anti-democratic and the results thrown out.

Gustavus Loevinger practiced law until 1931, when he was appointed to the Ramsey County District Court. As a judge, he was known for his modern and progressive approach.

His obituary from 1957 remembers him well, as does the Ramsey County Law Library’s post covering his career.

Click here for the map drawing of Clara Eva Hardenbrook.