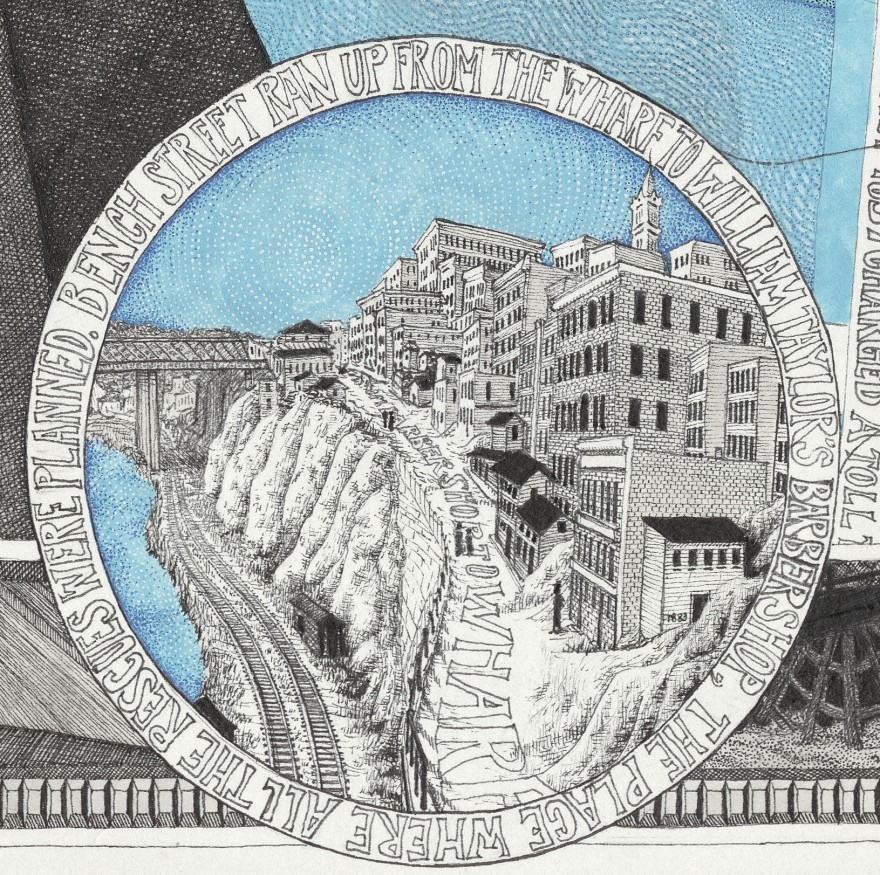 Exciting news was released recently. The Minneapolis Star-Tribune reported that Saint Paul is considering a plan to reinvent Second Street again, this time into a pedestrian-friendly river balcony:

Lisa Switkin, a senior principal at the company [James Corner Field Operations], described the balcony as a series of overlooks along the river, linking many of the existing institutions at the water’s edge in St. Paul.

“These are kind of like a string of pearls. They really draw you in from the city, and they’re visible from the river as well,” she said.

The balcony would be anchored by the Science Museum and Xcel Energy Center in the west, and Union Depot and Lambert’s Landing in the east. Representatives from James Corner Field Operations said they were struck by the opportunities they see in existing infrastructure in downtown St. Paul and at the river’s edge.

Their designs included the creation of park areas, watch platforms, sport courts, sandstone steps, food and drink kiosks, public art and event spaces. Among the biggest changes proposed was the transformation of E. 2nd Street, which would be closed to traffic and turned into a pedestrian-only space.

Currently Second Street is easy to miss. A quick turn off Kellogg Boulevard after the Wabasha Bridge sends you down an arcaded one-way viaduct below Kellogg Park that leaves you off near the Mississippi River. In Joseph Farr’s 1895 interview with the Saint Paul Pioneer Press (brought up to date by a Ramsey County Historical Society publication Joseph Farr remembers the Underground Railroad, and the second 1905 interview with the Saint Paul Globe story) suggest how convenient the street was as the members of Saint Paul’s underground railroad brought fugitives up from the steamboat landing to William Taylor’s barbershop near present day Kellogg and Wabasha. Second Street, known as Bench Street until 1872, has a more gentle slope that must have made transportation easier than the steep slopes of Jackson or Sibley Streets.

For my drawing of Joseph Farr and the Underground Railroad, it was a challenge to illustrate what Second Street looked like at the time. Frustratingly few images from the pre-Civil war era. I ended up combining a few images that hinted at what Joseph Farr might have seen in his mind’s eye during the 1895 interview.

1862 Photo of the City of Saint Paul (image credit to Minnesota Historical Society) – While the image is fuzzy, you can see the white steeple of the First Presbyterian Church to the far left and the slope of what was then Bench Street making its way down to the steamboat landing:

1883 Map of Saint Paul (image credit to Library of Congress):

George Earl Resler’s etching of Second Street (image credit to Minnesota Historical Society) from the early 1900s before the the massive renewal project of 1927-1932:

Posted on March 6, 2022March 6, 2022 Posted in Joseph Farr and the Underground Railroad, Mississippi